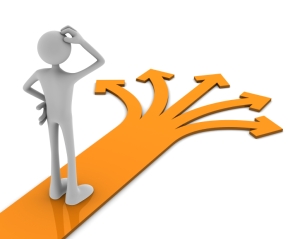 After the Earthquake and Fukushima disaster on March 11, 2011, Japanese government started a review process of its energy policies.

Under the Energy Policy Basic Law (Note: literal translation of the name), the government is asked to set up a strategic plan on energy policies every three years. The government just did that in 2010 and adopted the new “Basic Plan on Energy” (Note: the same as above) in the same year (if you want to see this old version, you can read the summary here; it says “Strategic Energy Plan of Japan”). However, in light of the disaster, it started the process to re-change it.

After almost one year of discussion at governmental advisory committees, the governmet presented the so-called three Options for Energy and the Environment on June 29th.

Those three options are basically divided by share of nuclear in electricity mix in 2030 but these also include other details too (e.g. renewable percentages, fossil fuel mix, etc).

You can see government’s own explanation in the slides here.

There are lots of thing I want to talk about these so-called “Options” or scenarios. However, let me first focus on implications for climate targets of these Options because they are devastating.

You might wonder why the difference between 0% scenario and 15% or 20-25% secnarios is not so big. It is because both renewable and energy efficiency assumptions are enhanced in case of 0% scenario. I will talk about those assumptions later.

The current Japanese target for GHG reduction is 25% reduction below 1990 by 2020. It was announced before the Copenhagen conference in 2009 and was also submitted to the Cancun pledges (though, with strong conditionality).

Nonetheless, these are significant regress from the original 25% reduction target. When the UN negotiations are talking about “raising ambition,” this won’t look nice.  If any of the three Options is adopted as the way forward as it is, then it is very likely that the climate target is also revised accordingly.  In short, we are on the verge of losing the 25% reduction target.

Anyway, in a nutshell, from climate perspective, these three Options put forward by the government is not exactly encouraging. I hope to dig into more in the next posts.

I’ve been wanting to do this for long time but, somehow, I’ve been failing to start it (mostly because I’m a lazy person).

My views may be biased because of my occupation.  But they will be better than nothing.

I have to say the views expressed here are totally personal and have nothing to do with the organization’s official views.

So, if you have any suggestions, please let me know.